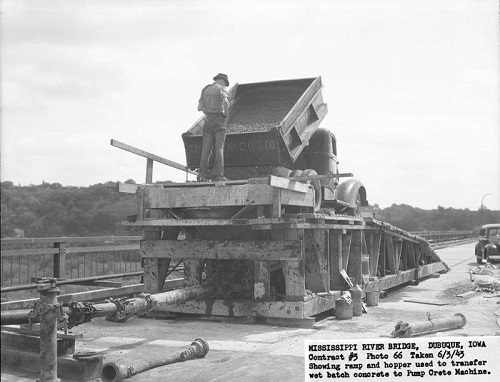 We are a family owned company founded in 1932, committed to becoming the contractor of choice, pursuing excellence through dedication, experience and disciplined employees with an ongoing passion to deliver quality, timely and profitable projects.

We will provide the leadership and support necessary to sustain long-term growth and satisfaction for our Projects. We will passionately promote quality and efficiency at all levels while enhancing as a team, our competitive advantage.

We consider being a values-driven organization to be one of the core strengths of our company. By adhering to these core values at all times, Flynn Company employees strive every day to achieve our vision to be a leader in the concrete paving industry. 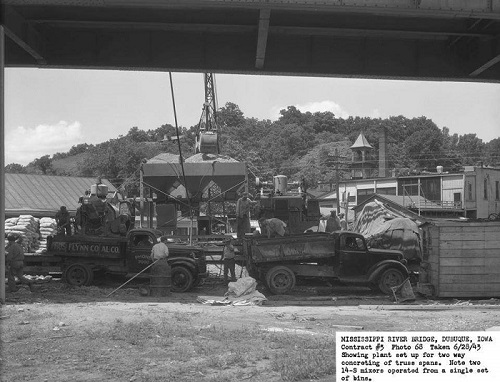 In 1932 Thomas Flynn founded Thomas Flynn Coal Company and a year later brought his Brother Frank as half owner. Initially they sold and delivered coal in the winter time for heating and to fill the gaps in the summer months the type of work revolved around box culverts, curb and gutter, and underground utilities. In the 1950’s with a change in heating fuel they exited the coal industry. In 1968 John Flynn ran the day to day operations and refocused the company’s efforts on municipal and private paving. In the 1970’s John further branched out the paving efforts and went after Iowa DOT paving contracts. When the recession hit in the 1980’s and local work was no longer enough to keep Flynn Co. Inc. Busy John refocused the company again and hit the road following where the work went to the southern states of Texas, Georgia, and North and South Carolina. Since the end of the recession Flynn Co. Inc. has worked in Iowa, Minnesota, Missouri, and Nebraska. In 1997 Jeff and Mike Flynn purchased the company from their father and have since adapted and molded the company into a leading concrete paving company in the state of Iowa.

1932- Founded by Brothers Thomas and Frank Flynn.
1936- Frank tragically died on the job leaving behind a wife and three children.
– Worked on the 1st Federal Aid Project in Iowa on Roosevelt Ave. Dubuque IA.
1968- John Flynn, son of Frank Flynn, runs the business and acquires his mother’s shares of the company.
1973- Exits the oil business.
1980- John Flynn acquires 100% ownership of the business.
1981- Discontinues underground work and purchased a slip-form paver.
1985- Purchased a Dry Batch plant.
1988- Purchased a Central Mix plant and our 1st Military project at Seymour Johnson Airbase in North Carolina.
1989 to 1995 – US 20 Federal highway standards on Dodge and Kerrigan.
1995- Our 1st Appearance at Des Moines International Airport and continue to work various contracts through 2018.
1997- Jeff and Mike Flynn purchase the company from their father John.
2009- Flynn was 1 of 2 companies in Iowa to use stringless paving.
2012- Utilized the lightweight profiler for smoothness testing.
2016- Incorporated real-time smoothness testing.